It has been brewing for a long time, the battle of the smartwatches. When the Pebble, thanks to a Kickstarter campaign earning a record-setting 10.2 million dollars, breathed new life into the concept of watches with the capabilities of a small computer, life was at the same time given to a new battle for the consumers’ favor. A battle Samsung seeks to win over Apple.

As reported by Bloomberg, Samsung is getting ready to present their new smartwatch, Samsung Galaxy Gear, at their press conference the 4th of September, ahead of the IFA consumer electronics tradeshow in Berlin. This will surely force Apple to present their coming smartwatch, nicknamed iWatch, too.

Can you tell time?
What does this mean? There are the obvious benefits, like being able to check mails, messages and more without ever needing to pull out your smartphone. You just need to peek at your watch and all your information needs are satisfied. But it’s not just pure technological bliss. What happens to the regular watch as a cultural and shaping element, for example?

According to a YouGov survey, almost 60% of 16-34 year olds use their phone as a timepiece instead of a watch. At this point, with smartphones and digital watches as the primary way to keep time, why should young people learn to tell time on a traditional clock? In short, because the analogue watch is a valuable part of our cultural heritage.

Jokes and expressions
We don’t need to mention all the various analogue clocks set up across the world. Famous clock towers, clocks at train stations and so on. The modern man will probably be exposed to analogue clocks at the very least twice every day, even if he might not notice it.
An aspect of clocks that might not be immediately obvious is how they have shaped our language. In English, German and a number of other languages expressions such as “clockwise” and “counterclockwise” describe turning. In military brevity code, a unindentified radar contact (a Bogey) is described according to clock positions.
These things are worth preserving, as they are a vital part of our lingual and cultural history. If the analogue clock is allowed to become some sort of arcane knowledge, a part of our history is lost. Jokes, like the one between Harrison Ford and Sean Connery in Indiana Jones and the Last Crusade (“11 o’clock!” “What happens at 11?”), loses all meaning.

Apart from changing all clocks around the world to digital ones, and judging from the outrage BBC got for their 1980 April Fool’s joke that won’t be happening anytime soon, the only other thing to do is to preserve the analogue clock.
Here at Savivo we know the importance of knowing the analogue clock. The advent of smartwatches shouldn’t be ignored, but by giving children and young people the skills to decipher the analogue clock, smartwatches won’t cause us to lose part of our culture. 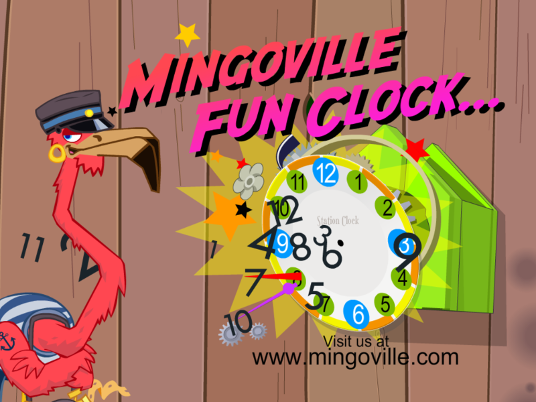